The English section of the exam has been totally revamped and the difficulty level raised. The new English section requires students to comprehend new types of texts. For example, paired texts where questions are asked on two related texts. We have created new comprehension passages based on all the new text types. This will help the students to become familiar with the new text types and approach the exam with confidence.

Much Madness is Divinest Sense

Much Madness is divinest Sense

Much Madness is divinest Sense –

To a discerning Eye –

Much Sense – the starkest Madness –

Assent – and you are sane –

And handled with a Chain –

Q1. Dickinson begins the poem with the use of a

Q2. According to the speaker, the mad are in touch with

Q3. Dickinson capitalized “Madness” and “Sense” most likely to

Q4. The repeated M sound in “Much Madness” is an example of a(n)

Q5. The repeated S sounds in “Madness is divinest Sense” is an example of:

Q6. The word “Discerning” describes somebody who

Q8. In the poem, “Stark” means that something looks

Q9. The word “Majority” refers to

Q12. The repeated D sound in “demur” and “dangerous” is an example of

Implores us to use sincere appreciation to motivate people ____________B

Explains that criticism leads to resentment and justification _______A

The only way we can get a person to do anything is by giving them what they want.  What do most people want? Health, food, sleep, money. Most of these wants are usually gratified, but there is one longing, almost as deep and ingrained as the desire for food or sleep, that is seldom gratified: the desire to be important. The deepest principle in human nature is the craving to be appreciated. We tend to take the people in our lives for granted so often that we neglect to let them know that we appreciate them. We must be careful to keep in mind the difference between appreciation and flattery, which seldom works with discerning people, as it is shallow, selfish and insincere. Flattery comes from the tongue; appreciation comes from the heart. Day in and day out, we spend most of our time thinking about ourselves. But if we stop thinking about ourselves for a bit and start thinking about other people’s strengths, we wouldn’t have to resort to cheap flattery and we could offer honest, sincere appreciation. With words of true appreciation, we have the power to completely change another person’s perception of themselves, improve their motivation, and be a driving force behind their success. When you think about it like that – when we have nothing to lose and only positive outcomes to gain – why wouldn’t we offer genuine appreciation more often?

Perhaps your favorite dessert is strawberry cheesecake. Excellent choice! Now, if you were to go fishing, would you bait your hook with cheesecake? Of course, not — that’s what you like, but fish prefer worms. Lloyd George, Great Britain’s Prime Minister during World War I, who stayed in power long after the other wartime leaders had been forgotten, was asked how he managed to remain on top. His response: He had learned that it is necessary to “bait the hook to suit the fish.”  In other words, give people what they want, not what you want. Of course, you are interested in what you want. But no one else is. The rest of us are just like you: we are interested in what we want. This principle is key in influencing others. To convince someone to do something, we have to frame it in terms of what motivates them. And in order to do that, we have to be able to see things from their point of view as well as our own. Most salespeople spend a lifetime selling without seeing things from the customer’s angle, wondering why they’re not successful as they completely ignore the customer’s needs. If we can put aside our own thoughts, opinions, and wants, and truly see things from another person’s perspective, we will be able to convince them that it is in their best interest to do whatever it is we’re after.

Nine times out of 10, arguing just results in the other person even more firmly convinced that he is right. According to Carnegie, it’s impossible to win an argument. If we lose the argument, we lose; if we win the argument, we have made the other person feel inferior, hurt his pride, and made him resent us. In other words, we still lose. So avoid entering into an argument. Along similar lines of not engaging in arguments, we should also avoid telling someone that they’re plain wrong. If we begin by announcing that we’re going to prove something to someone, we’re essentially telling them that we are smarter than they are and we’re going to teach them a thing or two. This comes off as a challenge. It arouses opposition and incites in the other person a desire to battle with us. If you are going to prove anything, don’t let anybody know it. Do it so subtly, so adroitly, that no one will feel you are doing it

Fill In The Gaps

Read the text below and answer the questions.

Eight sentences have been removed from the text. Choose the sentences from (A to I) which fill the gap(1-8). There is one sentence which you do not need to use.

Every spring, streets across Australia turn purple with the delicate, falling flowers of jacarandas. The colour of the flowers is often debated – is it indigo, blue or purple? ____________1.

Jacaranda is so well known to Australians and so well loved, that many of us think of them as a native. But the genus Jacaranda is actually native to South America , and the most common variety in Australia, Jacaranda mimosifolia, may be from an Argentine source.

Jacaranda  festivals are a highlight of the year in many towns across Australia, including in Grafton, Applecross, Goodna, Camden, Woodville and Ipswich, to name a few.

The trees are even part of local lore at the University of Queensland, with students knowing of “purple panic” as they associate end of year exams with flowering.

California, Texas, Florida, southern Italy, Malta, Portugal, Spain and India boast stunning populations of jacaranda, too. I have seen them in Pretoria, South Africa’s capital, which is renowned for them, and in Gaborone, the capital of marvellous Botswana.

This is testament to how widely Jacaranda mimosifolia has been planted around the world._____________3. And in hot climates, the trees provide an appealing, dappled shade — the flowers are a bonus.

It’s not all about the flowers

Jacarandas also have both soft and brittle wood and large, pod-like fruits which turn brown as they dry out.

While the twigs and branches of the jacaranda break easily with an almost explosive crack, large pieces of wood can be used for wood turning, especially for bowls and handles. The brittleness of the wood also leaves jacaranda vulnerable to damage during strong winds, but usually only smaller branches and twigs are affected.

So what’s not to love? A lot, actually

Jacaranda has been declared an invasive weed in South Africa and parts of Australia, with the fine seeds within the woody fruits very easy to germinate._________________6.

_________________7 This strong root system is one of the reasons jacaranda outcompetes local species, such as native grasses and wattles, and why very few other species can grow under it. In such situations, it can form dense seedling thickets.

When it sheds its fine, feathery leaves, they have an amazing capacity to get into every nook and cranny, under roofs and into ceilings. The the living tree is fire retardant._________________8.

What’s more, their beautiful flowers are almost filmy when they shed, and if you add a little rain they can become very slippery.

Whether you love them or hate them, the future for Jacaranda mimosifolia in urban Australia is bright, as it’s one of the species likely to do well under climate change as it grows well in warmer and drier places. 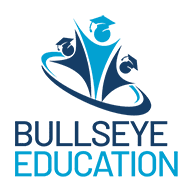 and then Add to Home Screen